Dan Leland MBA ’12 grew up in Bridgton, Maine and was always active. He played baseball, skied and rode his bike – all competitively.

He went to St. Joseph’s College where he played baseball; and worked at a local bakery during the summers and breaks.

After college, Dan worked in the retail lumber field. Then, he moved to Rangeley for a General Manager’s position.

When his three kids became school aged, he moved his family back to Bridgton and purchased the bakery he used to work at as a college kid. He also spent his time coaching baseball and basketball at Lake Region High School. Twenty years later, his kids were grown, and he expanded his bakery business.

In 2006, he bought out Foley’s Bakery in Portland, Pownal, and Scarborough. Unfortunately, the economic downturn caused him to accept a buyout a few years later.

“I had a tough time entering Corporate America. I had spent nearly two decades self-employed an after the recession, jobs were pretty hard to get.”

He accepted a position at WEX as a call center employee in customer service for $10 an hour working nights. 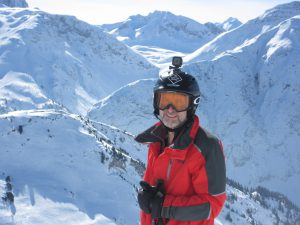 Dan was able to move up into a management position and started taking classes at Thomas College towards his MBA as WEX would pay for it.

Through this experience, he eventually got his current job at Thomas College as Assistant Professor of Business.

Throughout his journey and especially when self-employed, Dan found himself out of shape and not moving a lot.

“I felt awful and was unhappy. Eating right and getting on the bike changed me. I was healthier, but I was also more confident. I was happy to be competitive again.”

Two weekends ago, he raced against college teams with students from Bowdoin, Bates, and Colby.

“I joked to them after that I finished first for Thomas.”

In March, Dan went on a skiing trip to the Alps.

Dan says he thinks being active is way more enjoyable than sitting around.

“We don’t have cable TV and I don’t miss it,” he said. “My wife and I look forward to each adventure. She is a planner and it’s fun to watch her in the evenings plotting out things for us to do.  She knows as long as it involves skis or bikes that I am in.”

Dan said health and wellness have benefitted his life because it gives him an opportunity to spend more time with family. He is on a road bike team called Portland Velo Group with his son Cody Leland MBA ’15.

“I also have four granddaughters that I want to be around for. Being healthy will add to life but also keeps me up to speed when they visit. Although doing one of the 40-miles races usually takes less energy than a sleepover!”

Dan’s advice to others who are trying to be active but can’t go on big trips is that luckily there is so much right in Maine – like the mountain bike trails in Augusta, Gardiner, and Titcomb in Farmington, or skiing at Sunday River. 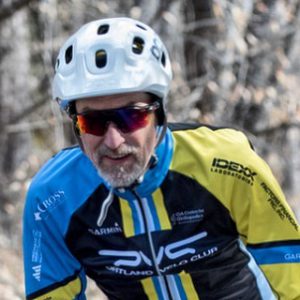 “You don’t need to do much but get off the couch and go for a walk. There are bike and ski clubs all over the state. Get out and have some fun, you’ll thank me.”