In 2005, Jes Crowell ‘10, MSED ‘12 was living in the Waterville area and raising her three young children. She was itching to get her degree. So, she enrolled in night classes at Thomas College while working full-time at MaineGeneral.

Then, she met her husband. He encouraged her to go to school full-time; he would take care of the finances.

So, she worked towards her Bachelor’s in Elementary Education at Thomas College.

“Even though I was so much older than the students (I had children who were just a few years younger than the students I was going to school with), they didn’t treat me differently,” said Jes. “I was never made to feel that I wasn’t a part of them. I even made friendships that still continue today.”

She got a job working in education right away as a Computer and Technology Teacher at MSAD 49. In the fall, she took a job with MSAD 54 as a Gifted and Talented Teacher for grades 3 through 6.

During this time, Jes was simultaneously working on her Master’s in Education at Thomas College, graduating in 2012.

Three years later, Jes took on a regular classroom position, because she had goals to get her doctorate and maybe become a Principal someday.

Three more years went by when she found out about an opportunity at Thomas College. She was always hoping to come back somehow. She started in her position as the Peer Mentor Coordinator position in April 2017 – working nights and weekends while she finished up the school year at her classroom job.

In December 2017, her department found out their EDGE Coordinator was leaving. So, Jes willingly filled took on the new role throughout this school year.

Recently, Jes has a new opportunity she is excited about: Title III Director at Thomas College. This position is part of Thomas College’s recently announced $2.3 million grant from the United States Department of Education’s Title III Strengthening Institutions Program to support the success, retention, and graduation of students from low-income families.

Jes’s role as Title III Director will be to manage the programming of the grant including a Maymester for credit recovery, an early-start program for incoming students, and professional development for staff and faculty to give them tools for working with the first-generation, low-income student population. 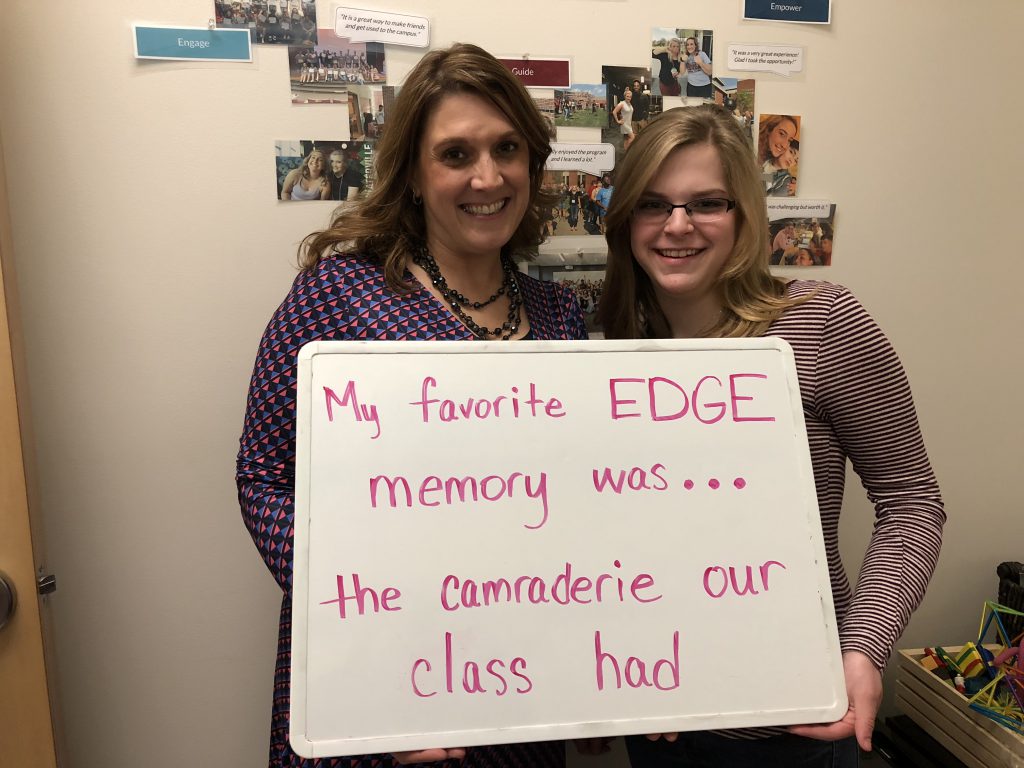 Jes says she is excited about this role because it brings everything together that she has been working on – working with students in the classroom, one-on-one at Thomas, guiding the first-generation population through EDGE, and even her studies of management and principalship will come in handy. And now, she’s working on her next degree that will also help.

“I am currently working on my doctorate in curriculum and instruction at Liberty University – so everything that I’ve done up to this point has led to this position,” said Jes. “This position will take what I’ve already done in my past and help bring me forward.”

Jes is so happy that she’s been able to come back to Thomas College to work. She said Thomas is home because for the past almost 15 years if she wasn’t a student here, she was working here – or both!

Jes has made some long-lasting and close relationships while at Thomas.

“There are a lot of great people here at Thomas. Dr. Wally Alexander and Dr. Pamela Thompson were my professors and now are mentors as I transition into post-secondary education,” she said. 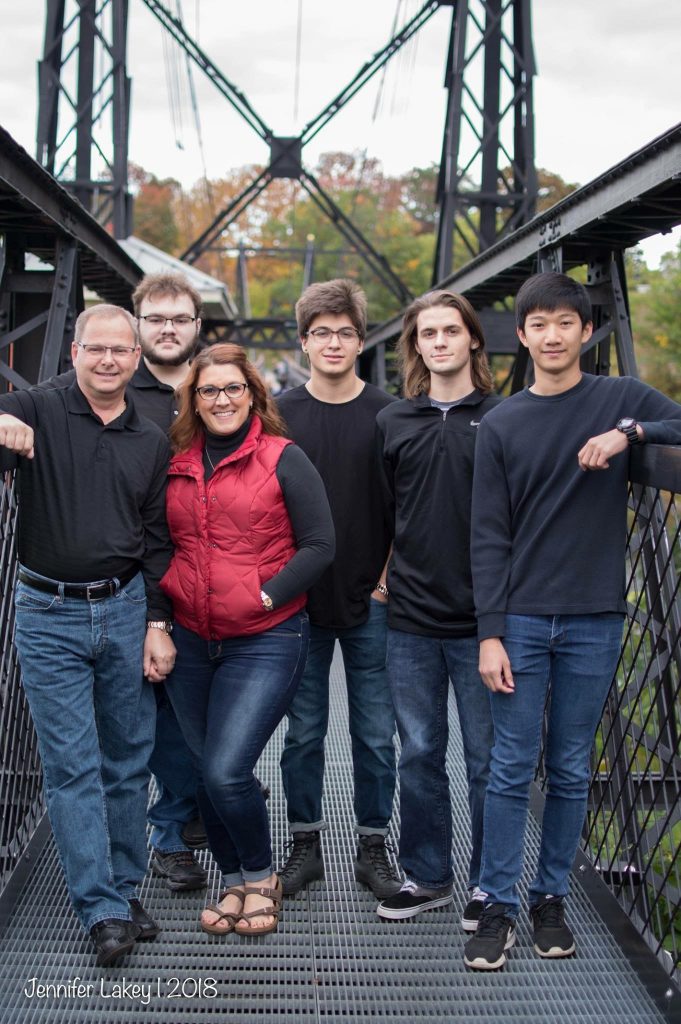 And then Jes’s favorite: the students. She has made some close connections with students.

Last year, one student, Tyler, used to come home for family supper with her son, and now the family attends his games to cheer him on. This summer, they event went to Florida to visit with him and his family.

This year, she’s formed a strong bond with a student, Josh.

“He and his girlfriend actually made me a coffee cup when they had a paint activity here, so he’s bringing it to me later on today,” she said.

Another student, Shannon, wrote Jes a thank you letter last year after Jes helped her transition onto campus as a new student.

“She had never really been away from home. So, I touched based with her often, checked in with her and made her feel more comfortable,” she said. “And by the time orientation was starting after EDGE, she was thriving and so glad to be here.”

Jes says she loves making a connection, because it gives students a person and place to feel safe with. And, she knows it helps them to be successful.

“Any given day if you come into my office, it’s packed with students – just because, it’s welcoming. It’s quiet. If they want to work they can. If they know they need to do homework and they won’t do it in their room, they know that I’m here to make sure they do it.”

Jes says she enjoys working with these students, getting to know fellow staff members, and just being “home” at Thomas College.

“Thomas is a family – from top down. It’s always been that way.”